This coming week, Grant Levin will give it all at Black Cat. In 8 different shows during 8 days, you can enjoy his music performed with both local and stellar musicians visiting the Bay Area. 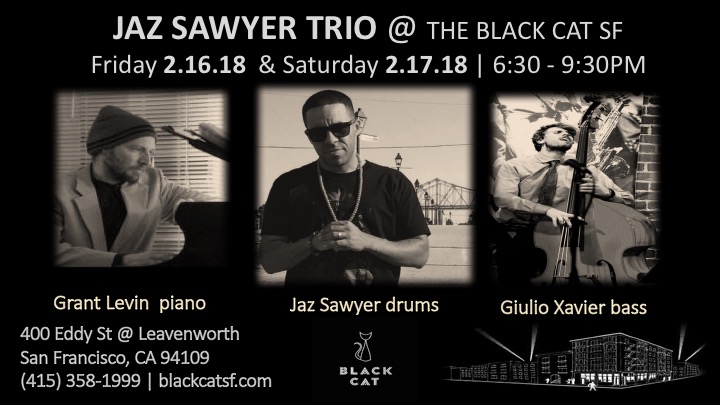 For the early birds,  Grant Levin will be playing the early sets at Black Cat with Jaz Sawyer Trio this Friday and Saturday February 16 and 17 starting at  6:30pm.

Jaz Sawyer (with one “Z”) began playing drums at age of 2 in the Haight Ashbury district of San Francisco, California. His musical studies has taken him through the music programs at the Ruth Asawa School of the Arts, San Francisco Conservatory of Music, Stanford Jazz Workshop and The New School for Jazz and Contemporary Music.
Read more here. 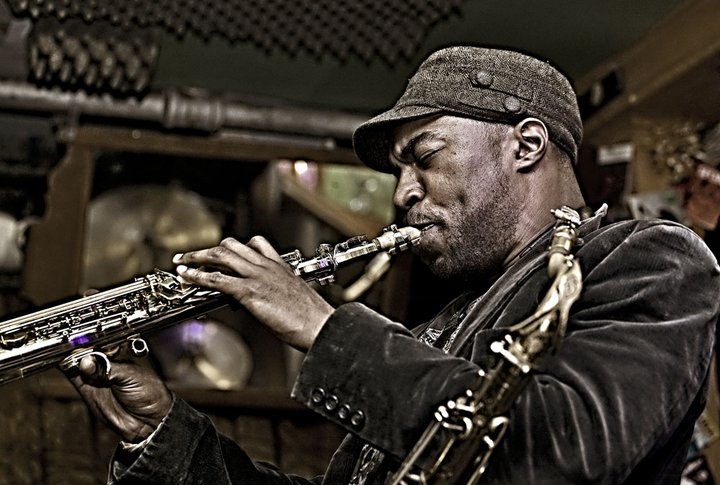 Stacy Dillard, raised in Muskegon Heights, Michigan, started playing the saxophone at a rather late age. In his hometown, there isn’t much music happening, but only Robert Moore, Stacy’s band instructor, and a host of close friends. Athletics was a big part of his life, leading to the late start on the instrument. Stacy attended college at Central State University in Wilberforce, Ohio to study with Dr. William Denza, Jim Smith, Chris Berg, and Lenard Moses. Very quickly, Dillard acquired the necessary knowledge that would soon put his name out on the local scene. It was a run-in with Wynton Marsalis in Dayton, Ohio that would turn his attention to the New York Scene. After graduation, Stacy took the act to Cincinnati, where he stayed for a short time and made his first recording appearance with Mike Wade on trumpet, drummer Melvin Broach and pianist William Menefield. Maturation was very rapid, finally leading the way to New York. 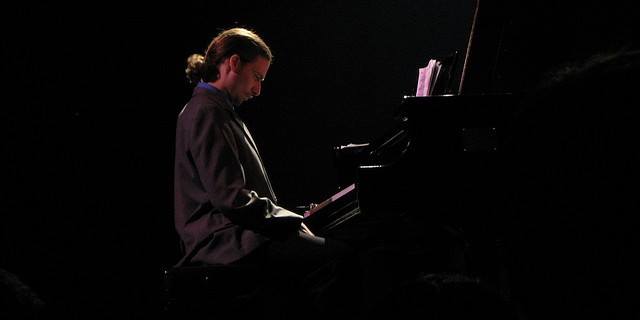 Topping it off, Grant Levin will close out with the last show Tuesday February 20th, bringing his own trio to the stage. Starting at 9:30pm a jam session with samba tunes…

Join us for a night of the bay area’s best musicians jamming!

Grant Levin is a San Francisco-based contemporary pianist and composer who performs in various configurations from intimate settings to concert halls and festivals. His style showcases the piano as an infinitely dynamic instrument, allowing the listener to experience the sonic blend.

Copy and paste this code to your site to embed.